Office 365 is the Microsoft productivity suite with brand name recognition worldwide. What was previously just Office is now Office 365. And it’s not just Windows users that can benefit from this suite of applications, it’s Mac users, too – but there are some limitations.

But before we get into that – why the name change?

That’s due to the way in which Office is now offered for businesses.

In the past, businesses bought a version of Office that included a particular version of the suite of products (Word, Excel, Outlook, PowerPoint, etc.), all available to install locally onsite. Old Office licenses were for a particular version and number of users and were a flat fee. For instance, if you had Word 2010, you’d need to purchase a new license if you wanted to update to Word 2013.

Office 365, introduced in 2011, not only heralded the start of a new subscriptions model for the Microsoft suite, but a move towards web applications and a supporting ecosystem for Microsoft. Subscriptions instead are yearly, dependant on the number of monthly users. Owners can download the full Microsoft application suite locally, as well as use online, cloud-based versions of the Office apps, as well as a range of other Microsoft cloud services for business.

And then, just to add to the confusion…

In 2020, Microsoft changed the name of its packages from Office 365 to Microsoft 365 – for business as well as personal accounts. The name change wasn’t to confuse customers, rather to reposition Microsoft’s range of cloud services to ‘more than just Office.’

And it certainly is more than the traditional Office suite that they offer as part of the package, with products such as SharePoint, Teams, file storage, and more available as part of the deal.

What are the benefits?

Working with Microsoft 365 with your business, it’s no longer about a way to organise your business email server, have top of the line word processing and spreadsheets, and software that the team already knows their way around.

Instead, with Microsoft 365, you now have a fully fledged digital workplace, should you wish to take advantage of the many benefits that subscription offers. Teams can be used to replace internal emails, meeting organisation, and instant messaging apps. Employees are able to access all their important files and communications and do work from anywhere, on any device – if you set up remote working capabilities. Workflows can be built in that streamline bureaucratic processes including forms and approvals.

In short, Microsoft can provide the modern work environment almost all through the Microsoft 365 platform – should you wish to take advantage of it. Of course, if you have other digital-first practices, workflows, and software in place already, and would just like to use the Office software locally, you can do that too.

What are the limitations as compared to Office 365 for PC?

As you’d be aware, Microsoft and Apple are fierce competitors in the operating system and software market. But that doesn’t mean that Microsoft products don’t work with Apple products. Microsoft has built their suite out so that you can use Microsoft 365 if you have a Mac, plus the suite is also available on mobile for iOS users.

Microsoft know that they need to be inclusive in their offering to not alienate customers. For example, you might have 95% Windows machines in the office, however your designers use a Mac. That or half the team has a MacBook at home which they want to use for work on the go!

So how do they do it? The answer is: not as well as they do the Microsoft side of things – although this is to be expected.

There are some limitations that persist:

In short, Microsoft 365 works for Mac – but it has quite a few shortcomings with the apps that can frustrate users.

How to workaround the limitations in Office 365

Some workarounds that have been reported include running Office applications in virtual machines on Mac, or simply using the online versions of these applications.

Running virtual machines is a reasonable workaround, although to be able to do this automatically for Mac users requires a bit of configuration, and can also have its own implications with saving files and working on them concurrently with other users.

On the other hand, using the online versions of the Office applications means that you’ll never need anything else except for a browser to to operate in a Mac environment. The Office applications online through the browser work exactly the same on Windows machines as they do on Mac machines in this circumstance.

While it’s not an ideal solution, it does work. For most businesses, who have a large majority of users working for a large majority of the time on Windows machines, this is the best workaround. Just ensure that you have a stable internet connection and you’re good to go. In the grand scheme of things, Office apps online work similarly to (and have similar functionality to) Google Workspace apps like Google Docs and Google Sheets.

For employees struggling with Office apps on Mac, employ a virtual solution so that you can run Office apps on a Windows desktop within a Mac environment, or make sure that you have Windows machines available for extenuating circumstances.

Is Office 365 the right productivity suite if your workforce uses mainly Macs? Probably not at this stage. However, for all other Microsoft 365 users, actively creating the right working conditions for users to be able to use Office 365 (aka Microsoft 365) on their desktops is key.

If you are looking for the right configuration to include Mac users within your predominantly Windows environment, then get in touch. A1 Technologies are Microsoft partners experienced in finding the ideal Office setup for your business. We’ll ensure that your apps run smoothly, without issue, from any environment. Ask us how, 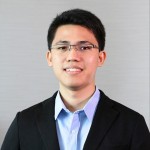 Enter your email and stay in touch with the latest updates from A1.